Kunming and The World Horti-Expo Garden

Kunming is the capital and largest city in Yunnan Province, Southwest China. As an important port facing Southeast Asia, Kinming is a famous for historical and cultural sites and excellent tourism. The climate in Kunming is very pleasant, just as its nikname called Chun Cheng which means “Spring City”, there is no extreme summer heat and winter cold. 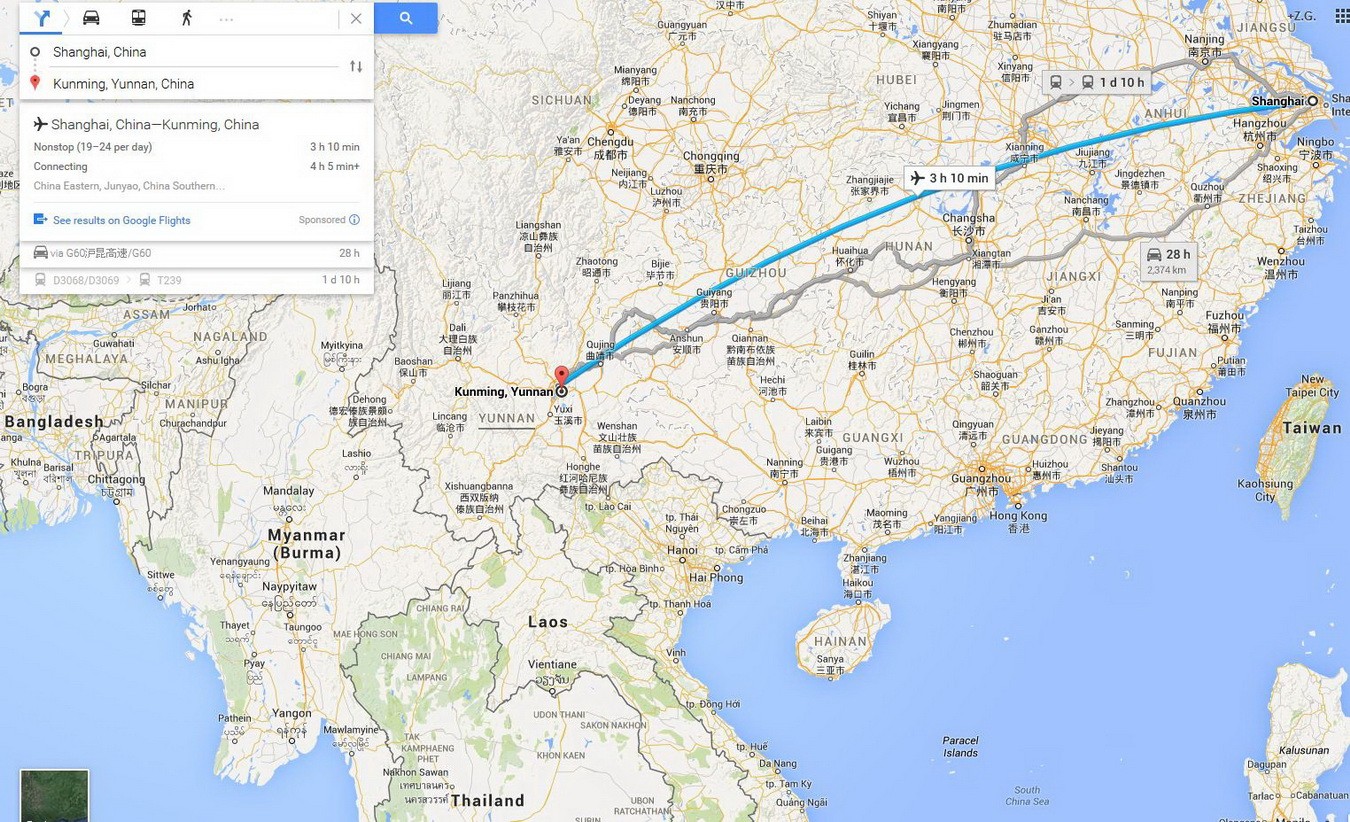 Fly route from Shanghai to Kunming

There is a landmark park of Northern Tropic in Mojiang,   it runs through a park on the outskirts of Mojiang. On certain days of the year, statues here don’t cast a shadow because the sun lies at top of head at noon. Climbing the stairs of the park to the top provides an excellent view of the town and surrounding hills. There’s a planetarium which is open at night to observe stars. Here left you can see some of the photos. 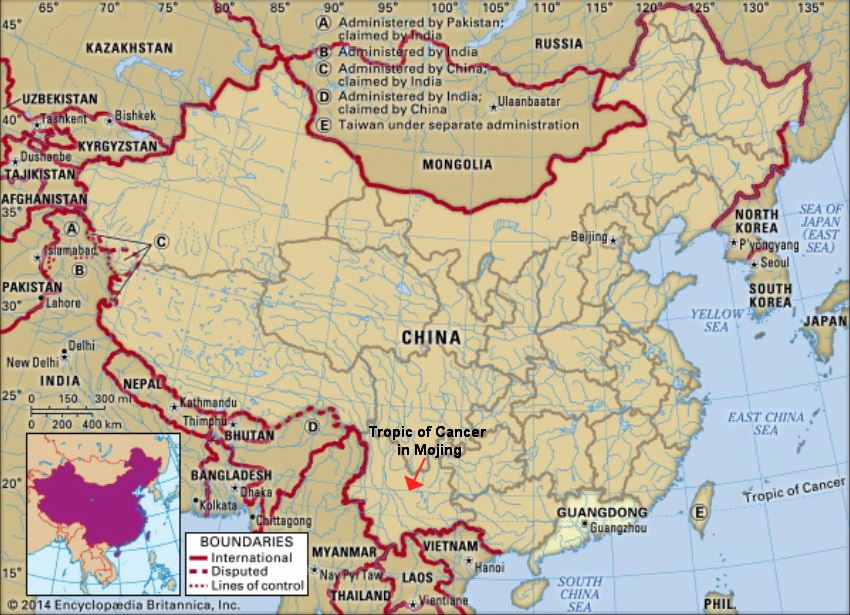 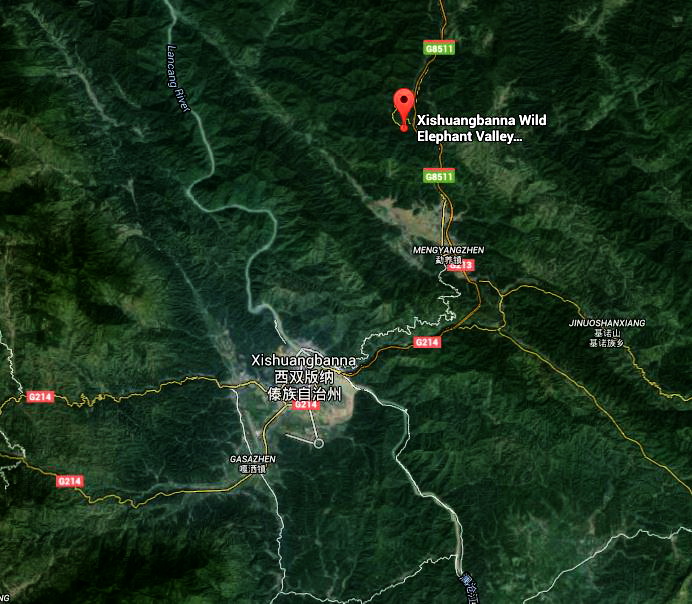 The Wild Elephants Valley Located at the juncture of east and west of Xishuangbanna is the only national nature reserve where tourists can have close observation on wild elephants safely. It is a hub for wild Asian elephants passing by, so it becomes a gathering place for wild elephants.
There is a 300-metre-long “Observing Elephant Platforms” on the trees. There are also some small and exquisite observing houses which are specially built for visitors’ accommodation on the trees. The elephants usually drink water when passing the valley in the morning and in the evening. 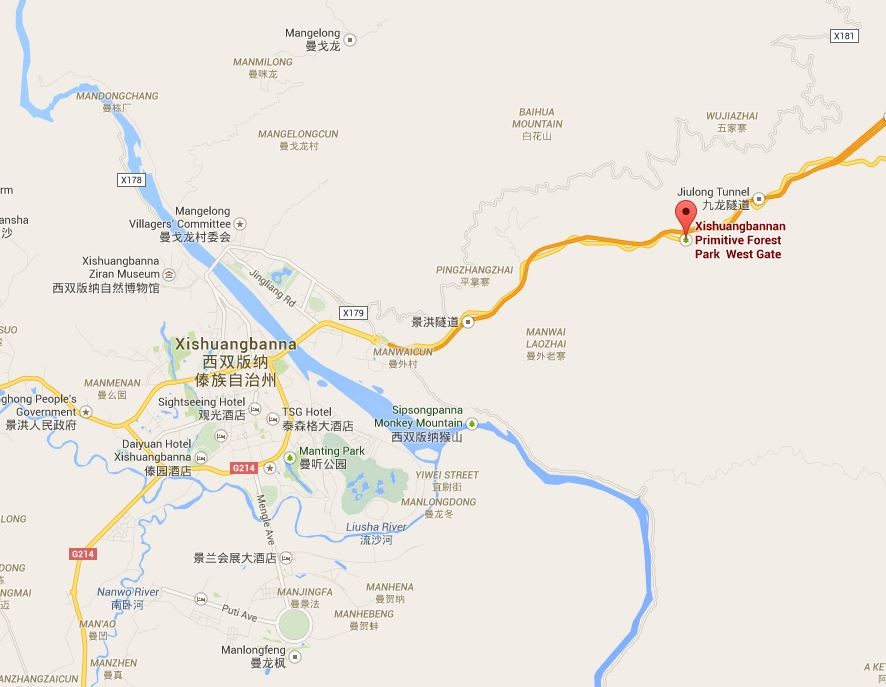 Xishuangbanna Tropical Rainforest is the only oasis near Northern Tropic. National Park here covers an area of 397 hectares, part of it belong to the territory of the National Nature Reserve. There are many amazing spots, such as deep gorges, mountain streams, thick forests, clear lakes, and a seemingly infinite variety of tropical plants that share every available square centimeter of stratified space. A large lake “Wang Tian Hu” connects south wax River, Nansha River, South Hang river. there are also seven original ecological minority villages in this area.

Peacock Park: Xishuangbanna has always enjoyed the reputation of being the birthplace of the peacock, which fascinating creature, among the indigenous Dai nationality, is taken as the symbol of luck, happiness, beauty and kindness. The park covers an area of some 10,000 square meters, with more than 1000 peacocks living in it, and includes a peacock-reproduction facility that is the most ambitious such project in all of Southeast Asia. The peacock dance is regularly performed by the Dai people to the rhythm of the gong and drum.

About 10 km south of Jinghong (historic capital of the former Tai kingdom of Sipsongpanna) there is a Manjinghan Village which becomes tourist destination due to its economic reform and rapid recovery from poverty.

The Dai ethnic minority people practice Southern Buddhism and Theravada Buddhism. Monks can eat meat and have a secularized life. Women do not become nuns because to do so would break their ancestral line.

Jinghong is a city in and the seat of Xishuangbanna Dai Autonomous Prefecture, in the far south of China’s Yunnan province, and the historic capital of the former Tai kingdom of Sipsongpanna. 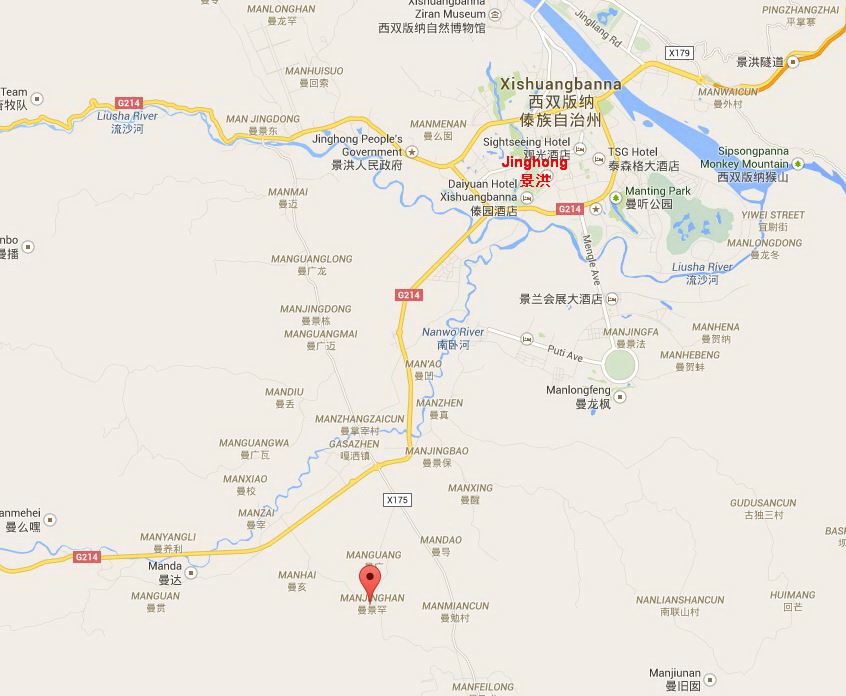 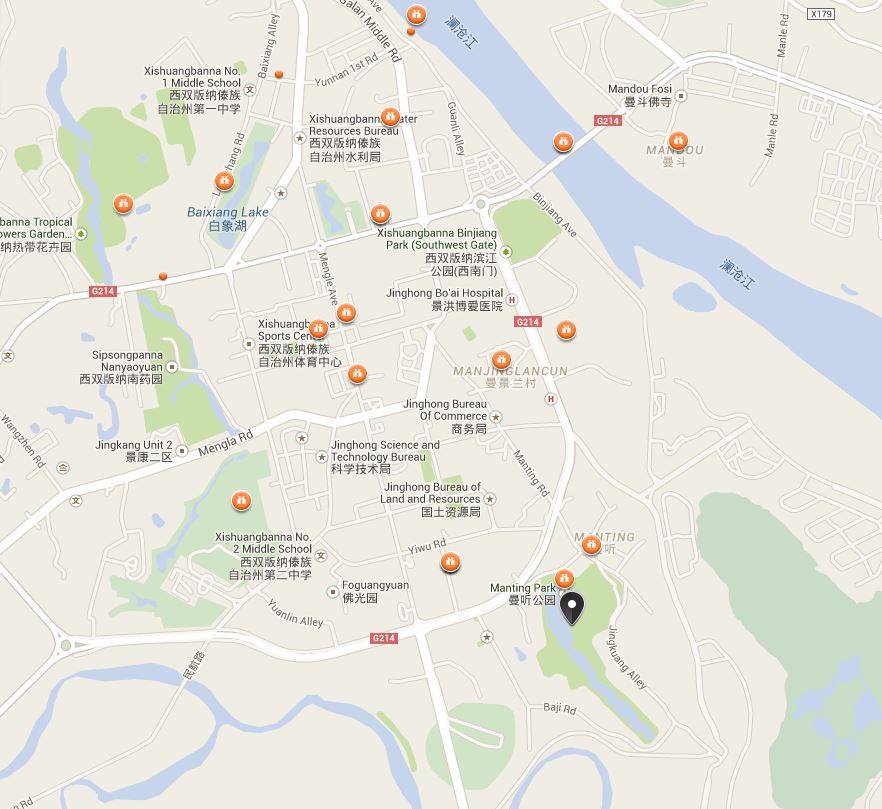 With a well-designed layout, Xishuangbanna Tropical Flowers and Plants Garden is one of China’s finest gardens, and an interesting place to spend several hours among fragrant frangipani, massive lily pads, drooping jackfruit, and thousands of other colorful and peculiar plants. Don’t walk through too fast, or you’ll miss out on some of the more unique plants, such as tiaowu cao, or “dancing grass,” which actually stands up if you sing at it. Each plant’s placard features English and Latin names. 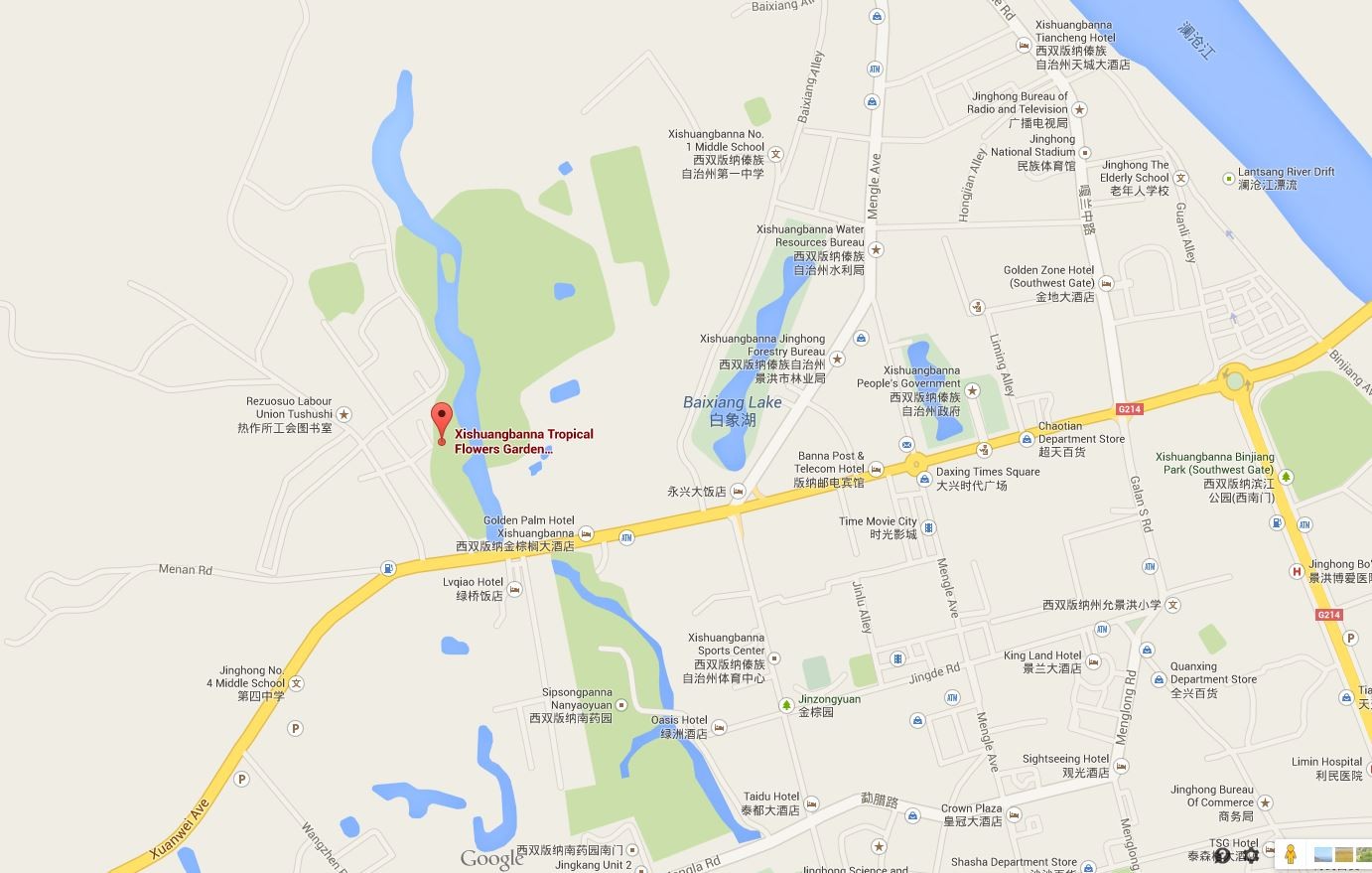 Jinghong is the capital of Xishuangbanna, where a total of 13 nationalities live together such as Dai, Hani, Jinuo, Bulang, Hui and Yao. The population of the ethnic minorities takes up 66.7% of the total population. In 1180, Payazhen, the leader of Dai people, established Jinglong Kingdom.
Jinghong is situated in a rich basin on the west bank of the Mekong (Lancang) River, near the borders of Myanmar (Burma) and Laos. Jinghong’s tropical forests and scenery and the attraction of Dai customs and lifestyle have made it a popular tourist destination. 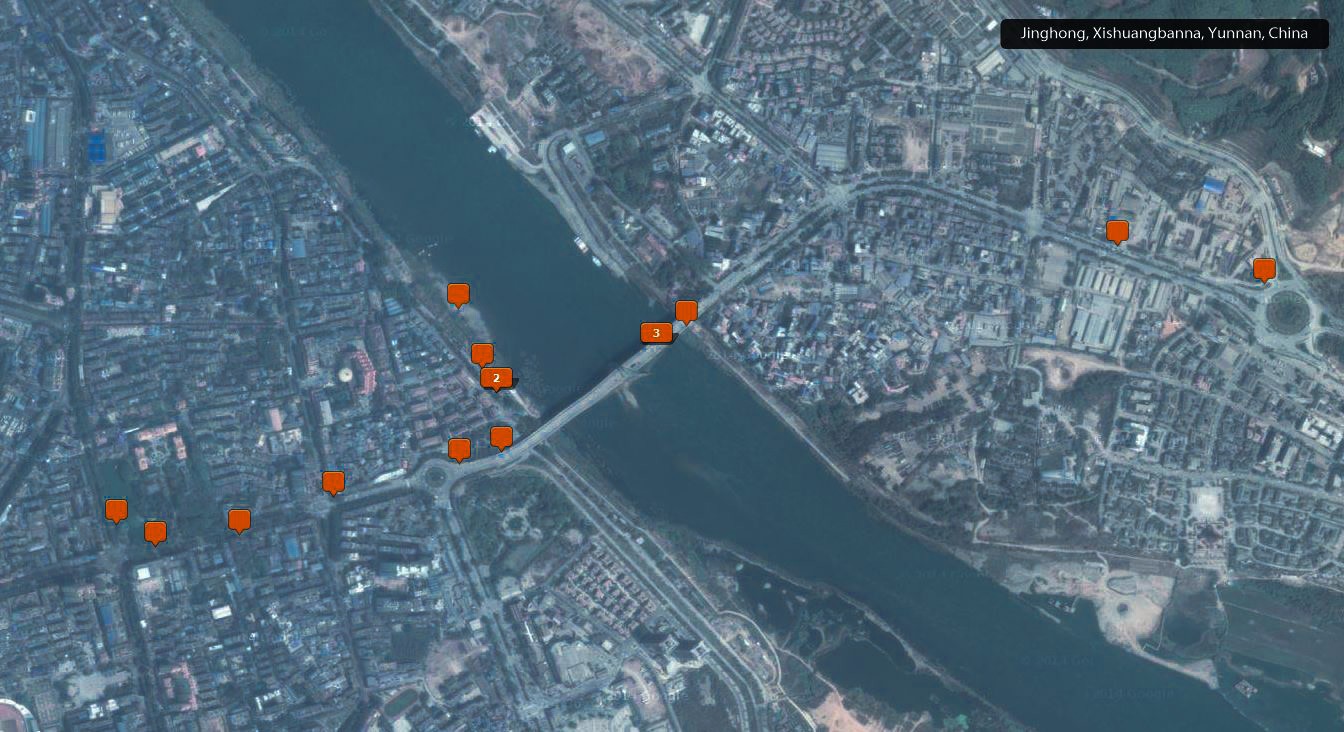 Photos made around Jinghong city

Yunnan Province in south of China is a land of rain forests, snow-capped Himalayan peaks, the Shangri-La lifestyle, ethnic minorities, rushing mountain rivers and some of the world’s most spectacular scenery and unusual cultures.

Yunnan contains snow-capped mountains and true tropical environments, thus supporting an unusually full spectrum of species and vegetation types. This topographic range combined with a tropical moisture sustains extremely high biodiversity and high degrees of endemism, probably the richest botanically in the world’s temperate regions. Perhaps 17,000 species of higher plants, of which an estimated 2,500 are endemic, can be found in the province. The province is said to have “as much flowering plant diversity as the rest of the Northern Hemisphere put together”. Yunnan Province has less than 4% of the land of China, yet contains about half of China’s birds and mammals. 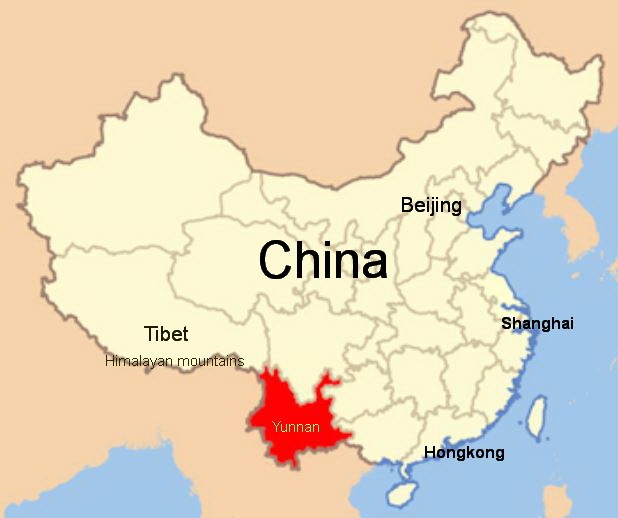 Xishuangbanna Dai Autonomous Prefecture is located at the south end of Yunnan Province. It shares a boundary of 966 kilometers with Burma and Laos in the east, south and west, being a vital pass from China to indo-China Peninsular by land.

Over ninety-five percent of the area’s territory is occupied by mountains and hills. Most of the prefecture is below the altitude of 1,500 meters. Jinghong is largest city in this area which only 550 meters above the sea level. The Lancang River runs through the prefecture and when it passes through Laos, Thailand, Cambodia and Vietnam, it is known as the Mekong River.

The weather in this region is a combination of continental and oceanic climates with an annual average temperature of 18-22℃, thereby, Xishuangbanna is reputed as a happy land without winter. There are only two seasons, May to October is the rainy season and November to April is the dry season.

Xishuangbanna is the only tropical rain forest nature reserve in China, the area has surprising biological diversity in the virgin forest. 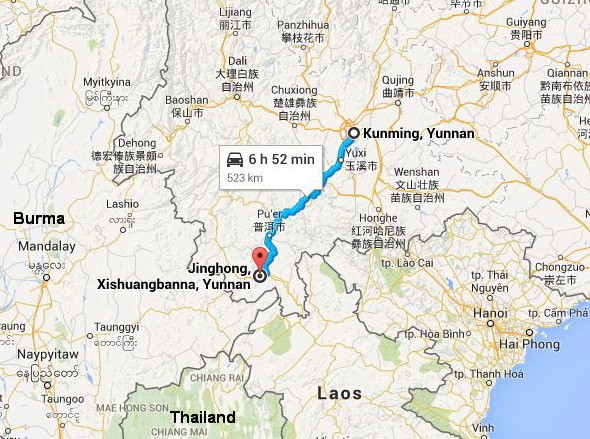 Scenery of Kunming and Xishuangbanna in grid gallery