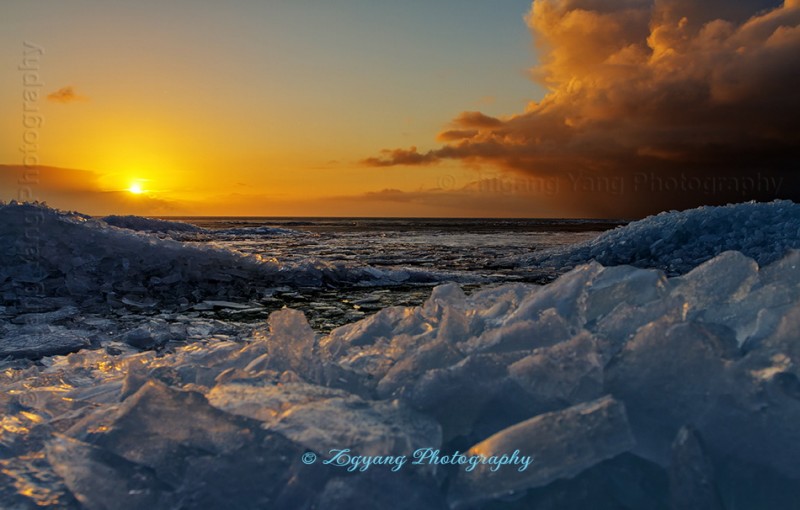 Sunset at Urk with Drifting ice at lakeside 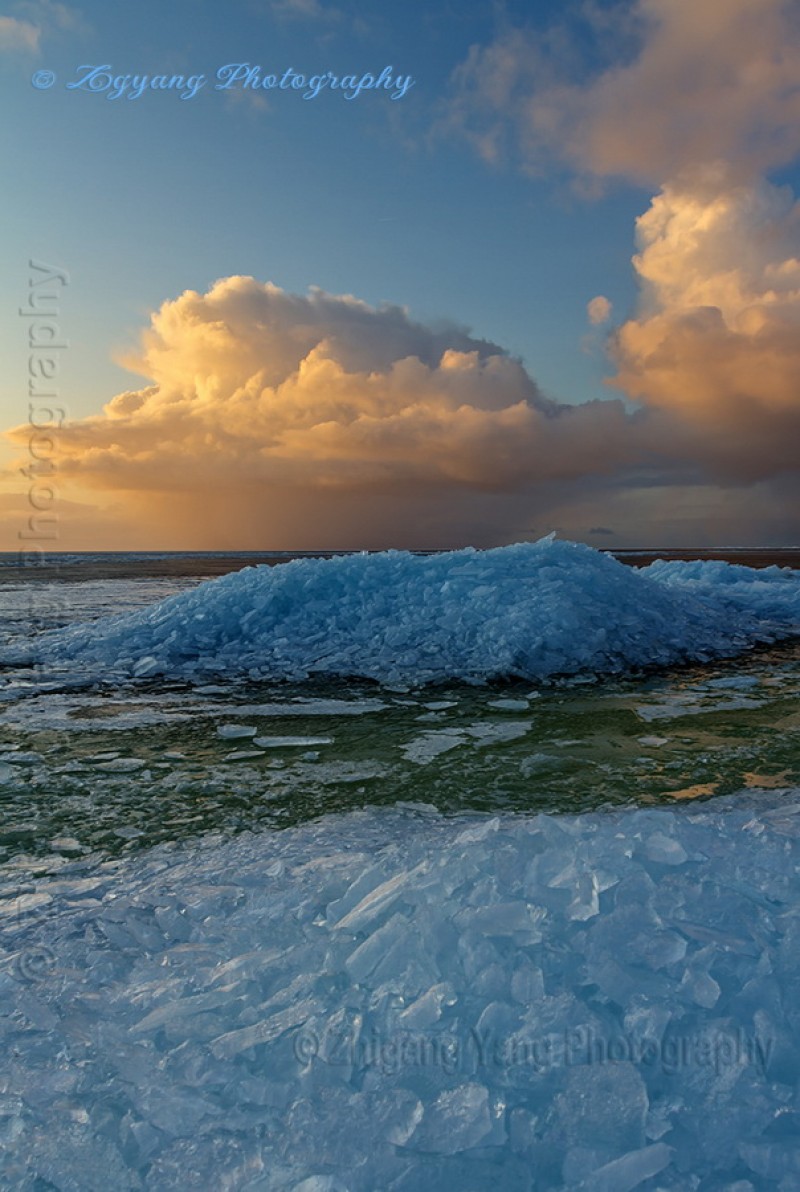 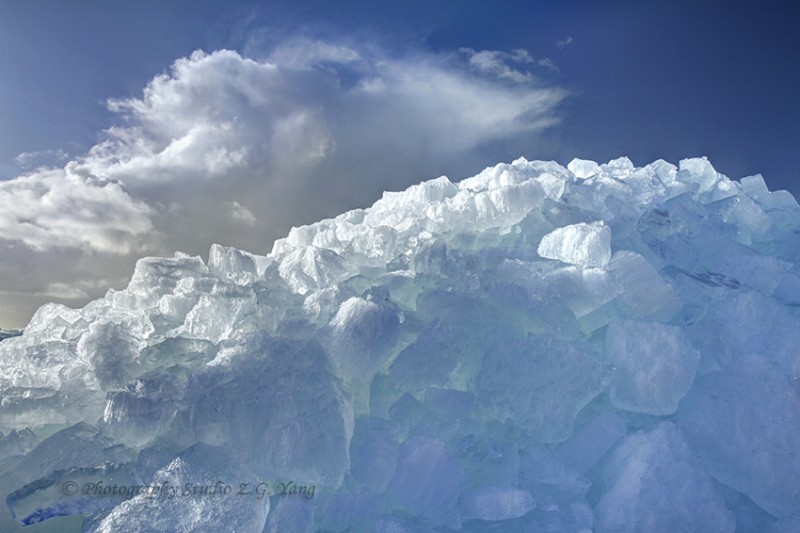 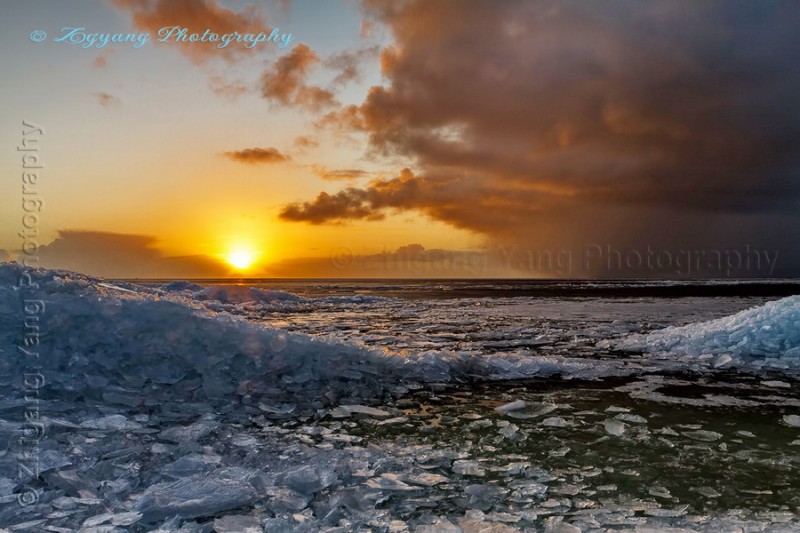 Sunset at Urk with Drifting ice ridges at lakeside 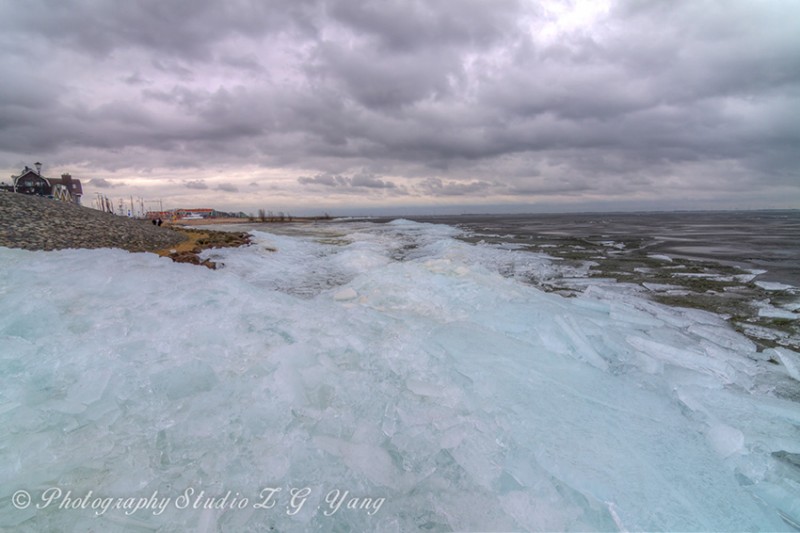 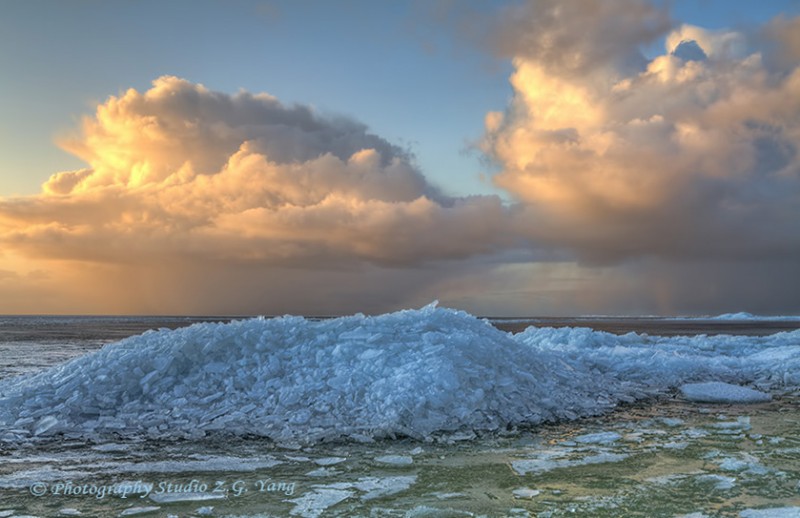 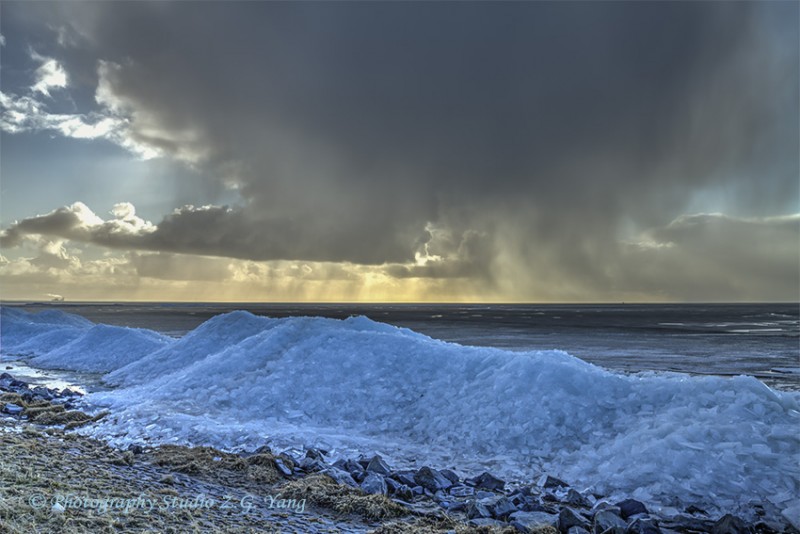 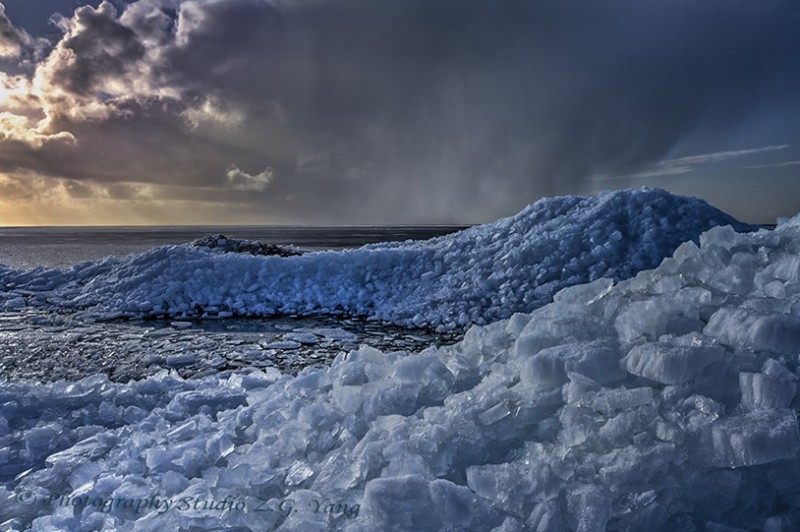 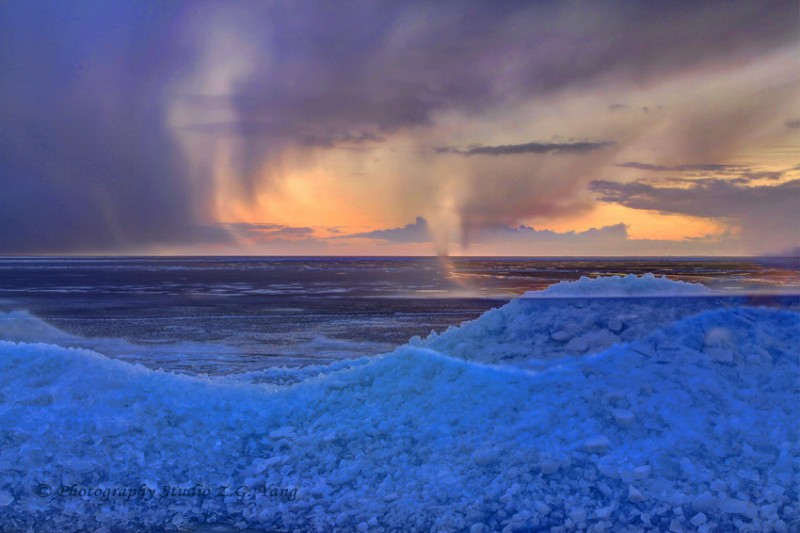 Drifting ice is any sea or lake ice other than fast ice, it carried along by winds and sea currents, hence its name. Wind and currents can pile up that ice to form ridges up to several metres in height. Drifting ice is often the result of high winds after a heavy frost. Above lakes or other large bodies of water, such as the IJsselmeer or Wadden Sea, the wind gets hold of the massive ice fields, which then move. The ice slices are in the direction of the wind over a large distance pushed against each other, such as the “Kruiend ijs” at Urk and Lemmer in Ijsel lake, Holland. These photos were shot on 20th Feburary 2012.